IBD in the Jewish population 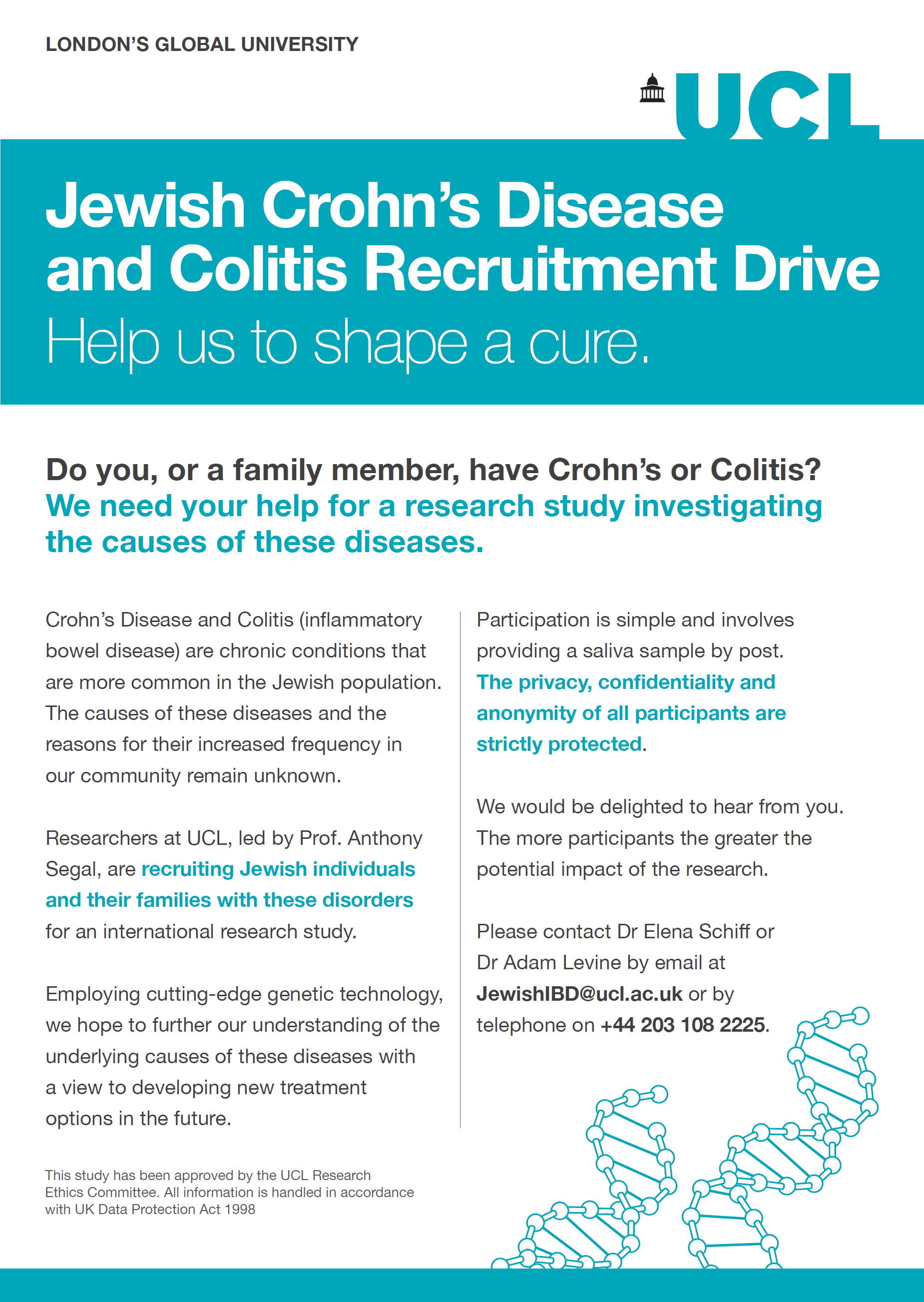 It has been known for many years that IBD is more common in the Jewish population. Crohn’s disease itself is named after Dr Burrill Crohn who, while working in 1932 at Mount Sinai Hospital with Drs Ginzburg and Oppenheimer, described a series of 14 patients with the disease. All of these 14 patients were Ashkenazi Jews. At first this was thought to be a coincidence but research studies all over the world have since reported the frequency of IBD to be consistently greater amongst Jews.

It now seems that Ashkenazi Jews are approximately four times more likely to develop Crohn’s disease or ulcerative colitis than non-Jews living in the same country. This means of course that the vast majority of individuals with IBD in the world are not Jewish but that the Jewish population is disproportionately affected.

In Stamford Hill in the UK, for example, amongst individuals 20 years or older, the prevalence of Crohn’s disease and ulcerative colitis is approximately 20 in 1,000 of the Jewish population as compared with 5 in 1,000 of the local non-Jewish population. We expect that the same is true elsewhere in the world. Interestingly, studies in Israel have suggested that this increased risk is not apparent amongst Sephardim to the same extent.

The increased risk of IBD amongst Ashkenazim could be understood to be due to environmental factors working on an underlying genetic predisposition.

While the vast majority of IBD patients do not have a family history of the disease, it has been recognised for over 100 years that both Crohn’s disease and ulcerative colitis can sometimes affect multiple individuals in the same family. Initially thought to be a coincidence, this has been shown to be significant and confirmatory of a genetic predisposition.

Approximately 1 in 10 patients with IBD have at least one first degree relative (that is a brother, sister, parent or child) that also suffers from either Crohn’s disease or ulcerative colitis and up to  20% may have at least one more distant relative with the disease, for example, a cousin, uncle or aunt, nephew or niece, or a second cousin.

Regarding the non-genetic environmental factors that contribute to an individual developing IBD, we do not unfortunately, have a very good understanding of these factors and they are rather difficult to study. Research has explored the role of stress, infections and diet but has not produced definitive answers. One strong risk factor we do know about is smoking which increases the risk of developing and the subsequent severity of Crohn’s disease although interestingly decreases the risk of ulcerative colitis.